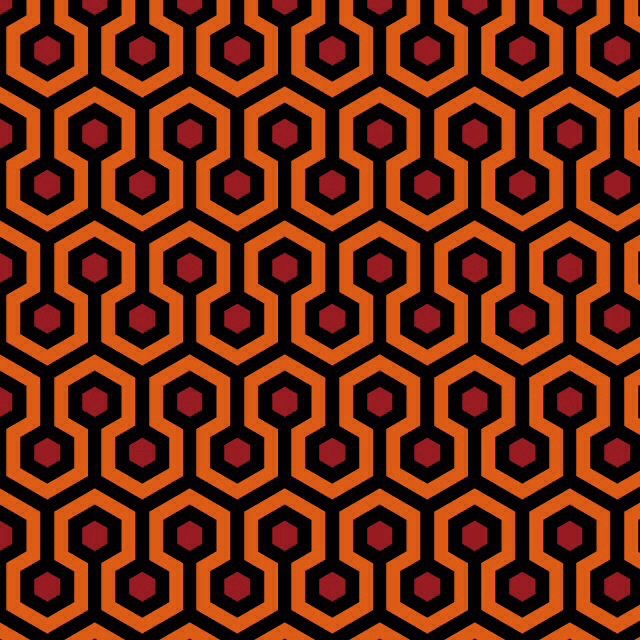 “It was the place he had seen in the midst of the blizzard, the dark and booming place where some hideously familiar figure sought him down long corridors carpeted with jungle. The place Tony had warned him against. It was here. It was here. Whatever Redrum was, it was here” – Stephen King, The Shining

*spoilers ahead, of course

I am an introvert queen, but 2020 and the lockdowns that have come with it have been a challenge.

When we received the first round of social distancing mandates in Ohio in the middle of March, I gave myself some rules in order to keep on top of my mental health:

I lasted a couple of weeks, which is something. I broke every single one of these rules, but I found that engaging in that type of content made me feel better about the circumstances. When I analyzed how these films and stories made me feel while social distancing (shoutout to therapy), I realized I enjoyed macabre content during times of crisis for cathartic reasons while also coming to appreciate that my situation could be much worse. With everything going on and my acceptance of my craving for these catharses, I reread The Shining, watched both film adaptations, and listened to an audiobook of the novel. This story has been presented in the form of at least three very different genres (so far) that I will address in this post: the novel, the 1980 film by Stanley Kubrick, and the 1997 television miniseries by Mick Garris.

Let us begin with the novel and the synopsis. Published in 1977 by Stephen King, The Shining tells the story of aspiring writer Jack Torrance, who takes a job as the off-season caretaker at The Overlook Hotel, which sits isolated within the mountains of Colorado. When he moves in with his wife, Wendy, and their son, he hopes to reconnect with his family and have time to work on his writing. As the harsh winter descends, the hotel becomes increasingly disconnected from the outside world while mysterious forces within make themselves known. The only member of the family who senses the very real evil of their new home is Danny Torrance, a five-year-old with unique perception called “the shining.” The book features some of the most chilling prose I have ever encountered and perfectly demonstrates King’s mastery of storytelling. He hypnotizes the reader, pulling you into the story. When the tension builds and the scares start to crawl into view, you cannot help but stay and endure. To this day, after reading over fifty other works by Stephen King in addition to all the other horror I read regularly, The Shining is the scariest book I have ever read.

Stanley Kubrick’s 1980 adaptation of The Shining is an opulent, visually stunning and disturbing pillar of horror cinema history and culture. As many readers may be aware, Stephen King did not like this adaptation of his book. He wrote this novel at a time in his life when he was healing from trauma and other personal issues. The character of Jack represents King in many ways. Jack Nicholson’s interpretation, while an inarguably iconic horror performance, was not the character King wrote. At the end of the novel, when the boiler (which Jack is supposed to be monitoring but got busy spiraling into madness instead) begins to overheat, Jack snaps out of his violent possession long enough to warn his young son to leave the hotel before the boiler explodes. Thanks to this moment of redemption, Danny, Wendy, and Dick Hallorann (yes, he lives in the book and makes an appearance in Doctor Sleep) escape the hotel alive while Jack dies in the explosion.

Let’s talk about that change in the ending, shall we? We are all familiar with the frozen face of a furious Jack Torrance after he gets lost chasing Danny through the Overlook’s maze (which replaced the topiary animals from the book, some of the scariest antagonists King has ever written). Was it a production cost thing? Why have Jack freeze to death instead of retaining the original ending? I do not have an answer, but these are questions that pop into my head when I think about this film. Another inconsistency I should mention is Wendy. In the book, she is outspoken, firm, and brave. In the 1980 film, she is…not. I found what Stephen King said about the handling of the characters he wrote to be fascinating; you can check out the article on CinemaBlend.com I read on this subject in the Bibliography page. There were so many aspects of the book missing and the characters were all wrong, but what Kubrick did was turn this horrific story into a saturated and artful viewing experience that has impacted popular culture since its release forty years ago. I absolutely love this movie, but I think it is important to also acknowledge Stephen King’s perspective on the choices that were made.

From his distaste for the first adaptation, King decided to try his own. The miniseries, which is over two hours longer than the Kubrick, covers a lot more of the scenes and emotional buildup that make the book so uniquely horrifying. Following the 1980 adaptation, King had a lot more input in the production of this version. We get to see how well-rounded these characters truly are. We as viewers experience the gradual mounting of tension within this family that already has their share of deep-rooted issues. The hotel feels more real in this adaptation and not as fever dream-like as Kubrick’s interpretation, which actually makes it even more unsettling. Bonus: this adaptation has the wasp nest and the scary topiary animals from the book! This miniseries is not super easy to come by, but check your local public library for the DVD! That is where I found it.

The Shining is a league of its own with its contained, unsettling environment and story. After generations of viewing audiences and various adaptations, I wonder: What remains consistent in this story? What is it that makes this story truly terrifying?

To narrow it to one theme that makes this story so horrific to audiences throughout forty years in existence, it would be this:

In addition to the obvious entrapment in the hotel in a Colorado winter in the middle of the mountains, the characters face their own personal entrapments that do more damage than the confines of the Overlook alone:

Jack: Trapped in his past. Jack’s alcoholism becomes its own supernatural figure in this story. His drinking and anger issues led to various events that permanently damaged his career, his marriage, and his relationship with his son. Facing isolation with the people who fear him for a long period of time and being influenced by the presences at the Overlook, Jack’s past catches up with him in ways worse than he feared.

Wendy: Trapped in her marriage. Following the Torrance family into the sinister hotel is a home life that is already in turmoil. Wendy puts Danny first and wants to do what is best for him, but she does not have the means or confidence to leave Jack. The isolation of the hotel and Jack’s decreasing connection from reality as the snow mounts higher outside push Wendy even deeper into her desperation.

Danny: Trapped in his present. As a young child, everything in Danny’s life is dictated by the forces around him. He has to live at the Overlook after being petrified by the forces he senses the moment he sees it because that is where his family will be living. Due to his “shining” ability, presences he does not wish to see come to him and cause him distress. Danny cannot imagine a time beyond the present moment. When Dick, who also has “the shining,” is not around, Danny faces the horrors of the hotel on his own.

Ghosts/presences: Trapped in the hotel. This one is pretty clear-cut, but it still needs to be pointed out. Like many haunted buildings, the lingering inhabitants share the Overlook’s dark history. For many of the permanent guests, the Overlook is frozen in time. Some eternally relive the celebrations hosted in the hotel’s ballrooms, others remain trapped in the situation that left them deceased.

This theme of entrapment is the most unsettling aspect of this story to me. You feel it as you read, as the book counts down to the snowy night when everything comes to a head. You feel it as you watch the characters navigate the labyrinthine interior of the hotel onscreen. I know I felt it when I reread this book while I was in lockdown for six weeks in my one-bedroom apartment. Whether it is entrapment within oneself, one’s situation, or in a haunted, snowbound hotel in the middle of nowhere, The Shining reminds us that no ghost or weapon-wielding caretaker is more terrifying than feeling trapped.

The Shining (1980) was one of the first horror films I ever watched. The novel is my favorite of Stephen King’s, and I have read a lot. A lot. This story has a special place in my life and identity, and the experiences of this past year with quarantine and social distancing have made me appreciate it even more. I know this year has been hard on everyone, and the coming winter will undoubtfully make it harder. I have decided to share self-care tips periodically on the blog and social media over the next several months. Mental health matters, and I want to do my part to take care of myself and help others take care of themselves as well. I appreciate you all being here and enjoying all the spooky things with me. I have a lot of fun horror content planned for winter; if you have not already, connect with me on social media (links and handles in the Social tab).

3 Replies to “The True Terror of The Shining”