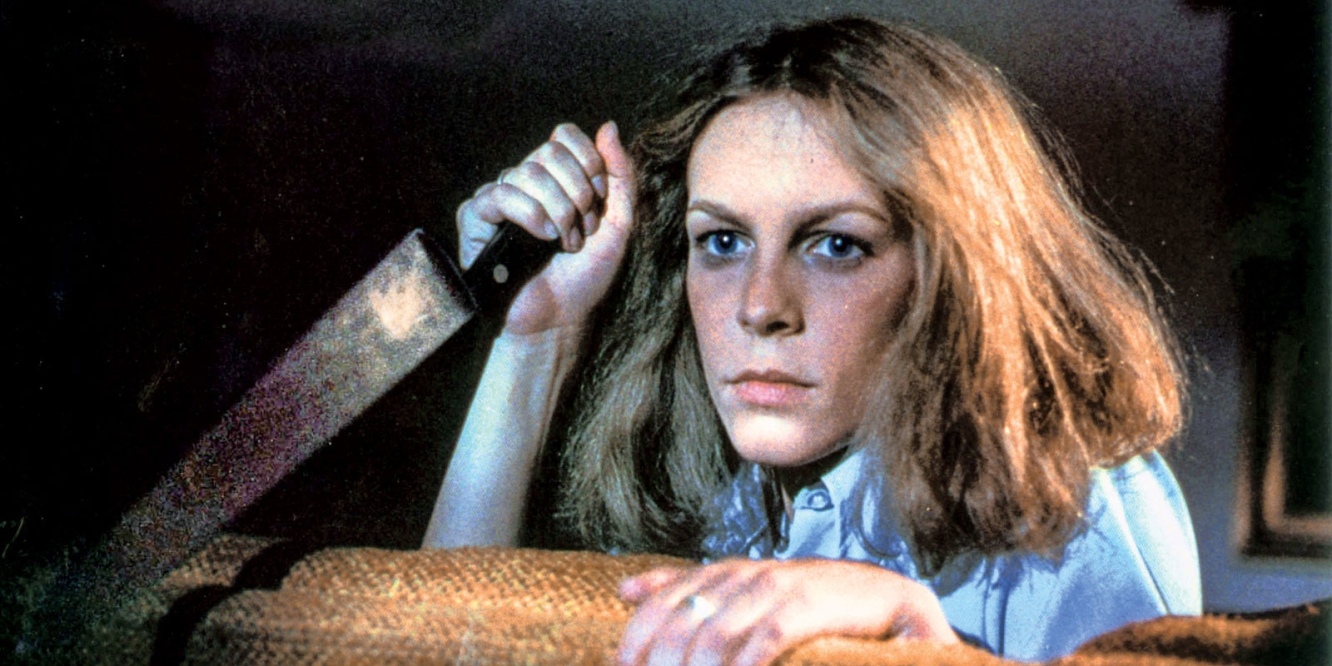 One rainy October evening about a decade ago, a movie had just started on television. My mom recognized it right away, and she convinced me to give it a chance. That movie was Halloween (1978) by John Carpenter. Since that night, Halloween has had a place in my top horror watchlists and has helped shape my fascination with horror. Most horror fans have an association with this original film, and with good reason. Its impact has lived on for over forty years.

The story begins on the Halloween night Michael Myers (at six years old) murdered his sister with a large knife. We then fast-forward to fifteen years later. Michael has escaped from his confinement in a psychiatric institution, and his primary doctor, Loomis (Donald Pleasance) believes Michael has returned to his hometown of Haddonfield, Illinois. We meet Laurie (Jamie Lee Curtis), a studious, teenage babysitter. As she prepares for a Halloween night of babysitting and avoiding getting into trouble with her more adventurous friends, Michael returns home to continue his compulsion to kill.

That Halloween night, the citizens of Haddonfield encounter a horror they had never known before. As Laurie watches a neighborhood boy and tries to convince him that there is nothing to fear on Halloween, her friends are stalked and murdered one-by-one by the stoic but vicious Michael Myers. Loomis, who knows Michael better than anyone, is close on his trail. It does not take long for his efforts to be too late. The night becomes stranger and more terrifying for Laurie as she realizes something is happening in her hometown as her friends continue to disappear. Before long, the presence that she had sensed only hours earlier arrives to claim her as the next victim in Haddonfield’s darkest night.

Halloween is the film that introduced me to the Final Girl. Anyone who has delved into the (surprisingly vast) world of horror scholarship has undoubtedly come across Laurie as an example of a “final girl.” To put it briefly, a “final girl” is the heroine, who usually represents a certain set of morals or virtues, who survives while others are murdered and who ultimately defeats the killer in a horror film. Laurie is the epitome of a traditional final girl, making her the optimal adversary of Michael Myers. Halloween in general is the paragon of a classic slasher film, with its well-executed tropes, thrilling kills, and unending suspense. Also, the soundtrack is pretty iconic, too.

Of all of the major slasher film killers (supernatural or otherwise), Michael Myers scares me the most. The stillness of his character and his complete lack of emotion dig deeper than an eccentric or paranormal trait ever could. There’s a reason why there have been approximately one hundred sequels and remakes over the past forty years. Anyone who has experienced the original knows what it is. We may never know the truth of what Michael Myers is. Even if we do find out, nothing changes the way he has made horror fans feel since that first time.