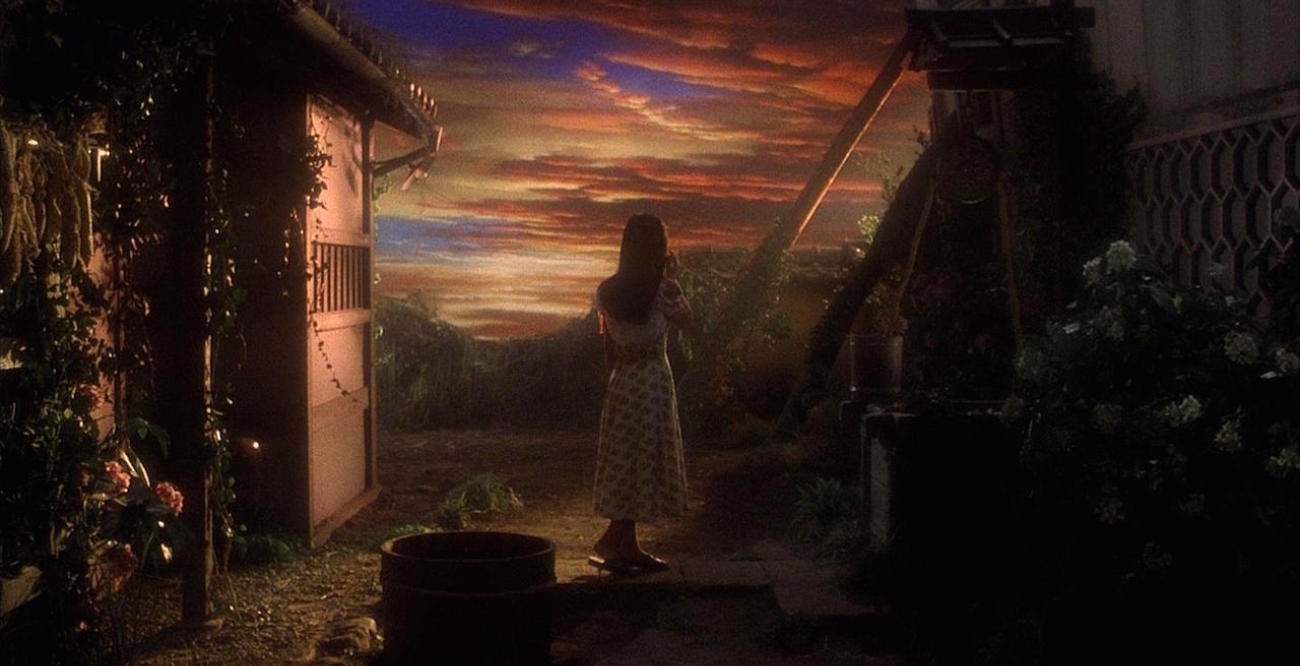 Some horror films pop up without context until you realize they are demanding to be watched. One example for me was House (aka Hausu), the wildly popular Japanese haunted house film from the 1970s. I have lost count of the times I have seen that demonic cat face in horror texts and on social media. For some reason, I never sought it out. I added House to my watchlist recently, instantly sold by the description but not realizing it was the same movie. With all that phenomena and affirmations on social media when I included it in this readers’ choice poll, it’s clear that House wanted to be viewed by me.

The film begins with schoolgirl friends in Japan excitedly sharing their plans for summer vacation. Gorgeous*, the protagonist, shares that she will be spending the summer with her father in Karuizawa. The rest of her friends are planning to attend a camp together. Gorgeous’s father reveals that they will be joined by his new fiancée. She is so upset for feeling that her deceased mother is being replaced that she refuses to vacation with them. She chooses to join her friends on their vacation instead.

*In the version I watched at least, the group of friends have fun names: Gorgeous, Fantasy, Kung Fu, Prof, Mac, Melody, and Sweet. They are given these nicknames based on their unique traits.

When the friends learn their original destination is no longer an option, Gorgeous offers to write to her mother’s sister and ask if they can visit her. Shortly after writing to her, her aunt accepts and prepares for their arrival. After an eventful journey to the house, the girls are immediately enchanted with the charming house and Gorgeous’s kind aunt, both isolated in the countryside. Beginning their first night in the house, the girls witness unexplainable happenings. What’s more, they begin disappearing one by one. As the girls learn more about the house and the spirits that inhabit it, their summer vacation turns into a fight to protect one another.

I did not expect this movie to have the comical tone it carries throughout. The “after-school special” vibe tapers off the further the story goes, but it remains a horror-comedy in many ways. The cinematography was some of the most remarkable I have seen, especially from an older film. From color-saturated landscape shots to tight slasher moments with creative special effects, this movie has everything a film lover could want from an engaging horror film.

What I enjoyed most about this movie, however, was its atmosphere. It ranges seamlessly from a cozy cottage crawling in lush plants to a brutal nightmare with new dangers around every corner. Like many of my favorite horror films, House demonstrates that beauty and horror belong together, without excuses or compromise.

P.S.: I discovered that the famous surprised cat gif came from House, so that was a fun bonus: